skip to main | skip to sidebar

So…been a while. I haven’t been slacking, really; new food menu implemented a couple of weeks ago, trips to Seattle and Louisville, working on cocktails for the fall menu, organizing a goat roast at LUSH and tacos and elotes at a friend’s house. Plenty to keep me busy.

So I am in France right now. In the airport on my way to Amsterdam, actually, and trying to catch up and digest the past few days. Apparently not sleeping and losing 10 pounds at Tales had its benefits, as Cointreau invited Eric Simpkins and me to travel to Paris, then Angers, then Paris again, all in the name of bartendering, or something.

Joining us are two cool cats from Las Vegas; Joseph Jenson and Raymond Speight; Ray won a Cointreau competition in Vegas; he and Joe had made a pact to bring the other if either was to win.

Day one started off…long. Tons of running around in Chicago before the flight; my phone absolutely bit the dust about three days ago and I wasn’t able to get it fixed in time. No big deal; I was aware that using my phone overseas would be dangerously expensive, and the fact that it rendered itself inoperative was rather serendipitous…but it still feels weird to be unhooked.

Landed in Paris at 8.30, then met my driver and sat in heavy traffic all the way to the downtown area…first thing I noticed was the geometry of the surrounding traffic; there was a smattering of familiar-bodied VWs and Mercedes, but hosts of Renaults and Peugeots, as well as others I couldn’t recognize. Overwhelmingly, the hatchback is the most popular design, and traffic is cut with legions of scooters and motorcycles. A curious road sign caught my eye a few times: a car with its hood on fire or exploding. No idea what it could mean, forgot to inquire when I hit Paris.

Made it to the offices of Remy Cointreau with no problems, only to find that the rest of the guys got stuck at the airport when someone’s abandoned baggage was discovered and a terminal-wide lockdown was initiated. Funnily enough, I recalled hearing that announcement over the PA, but since I was in a different terminal it didn’t affect me.

So I met Richard Lambert, brand ambassador for Cointreau, a native of Angers, and an all-around good guy. We split for Montparnasse train station immediately, met the rest of the guys, and hopped the TVG for Angers, a high-speed, ear-popping hour and a half away from Paris.

After checking in to the hotel I wandered out to try to find (a) a place to change my American dollars for Euros, and (b) an adapter for the unfamiliar sockets in France. The first proved to be nearly impossible, as most of the folks I met spoke not more than a word or two of English, and my French wasn’t up to the task of deciphering directions and complicated instructions. Eventually, however, I found a BNP and just withdrew some cash, discovering just how poor our economy is right now…everything in France is expensive as it is, and the exchange rate just kills you here.

Back to the hotel for a nap, then on to our first surprise of the trip: a freaking hot-air balloon ride from a freaking castle, over the vineyards of Layon and Sancerre…kind of brought all those wine classes into perspective. The folks running the balloon ride were awesome; Miguel, Helen, Sondra and one other young lady who’s name I can’t recall at the moment were professional, funny, and very gracious; after we helped pack up the balloon and load the basket onto the truck we sat and sipped some sparkling wine from the Layon valley as the sun set over the vineyards. Pretty damn magical, to say the least. 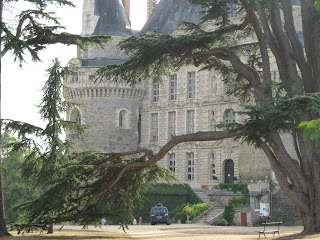 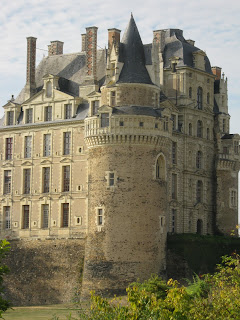 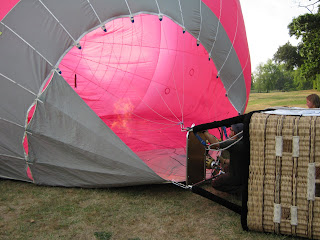 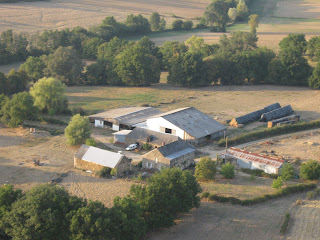 Afterward we hopped in the truck and proceeded at breakneck speed through tiny streets to the starting point, where Richard waited with our taxi driver. We hung around for a moment and battered our collective heads against the language barriers before stopping off to grab a bite; sushi, surprisingly, and very very good.

Finally, our last stop of the night was L’Abbaye, where a chap named Dorian prepared some excellent cocktails for us and tasted us on some local spirits. We sat outside in the beautiful evening and watched the locals wandering by. Words like “idyllic” and “holy crap, we’re in freaking France” kept rolling through my head.

Next up: Tour of Cointreau, train back to Paris, the Mamashelter, Buddha Bar, Chez Flottes, La Gambetta.

Let's make it a discussion...but how about a sensible one, eh?

Mike Ryan
I bartend and run the kitchen at a classic and classy cocktail bar in Chicago. Keeps me busy.